The 2020 COVID-19 pandemic and resulting lockdowns and other restrictions have had a lasting impact. Almost overnight, people faced separation from loved ones and friends, significant changes to the way they work or learn, restrictions on leisure activities, exercise and travel, as well as the obvious health threat.
Reports 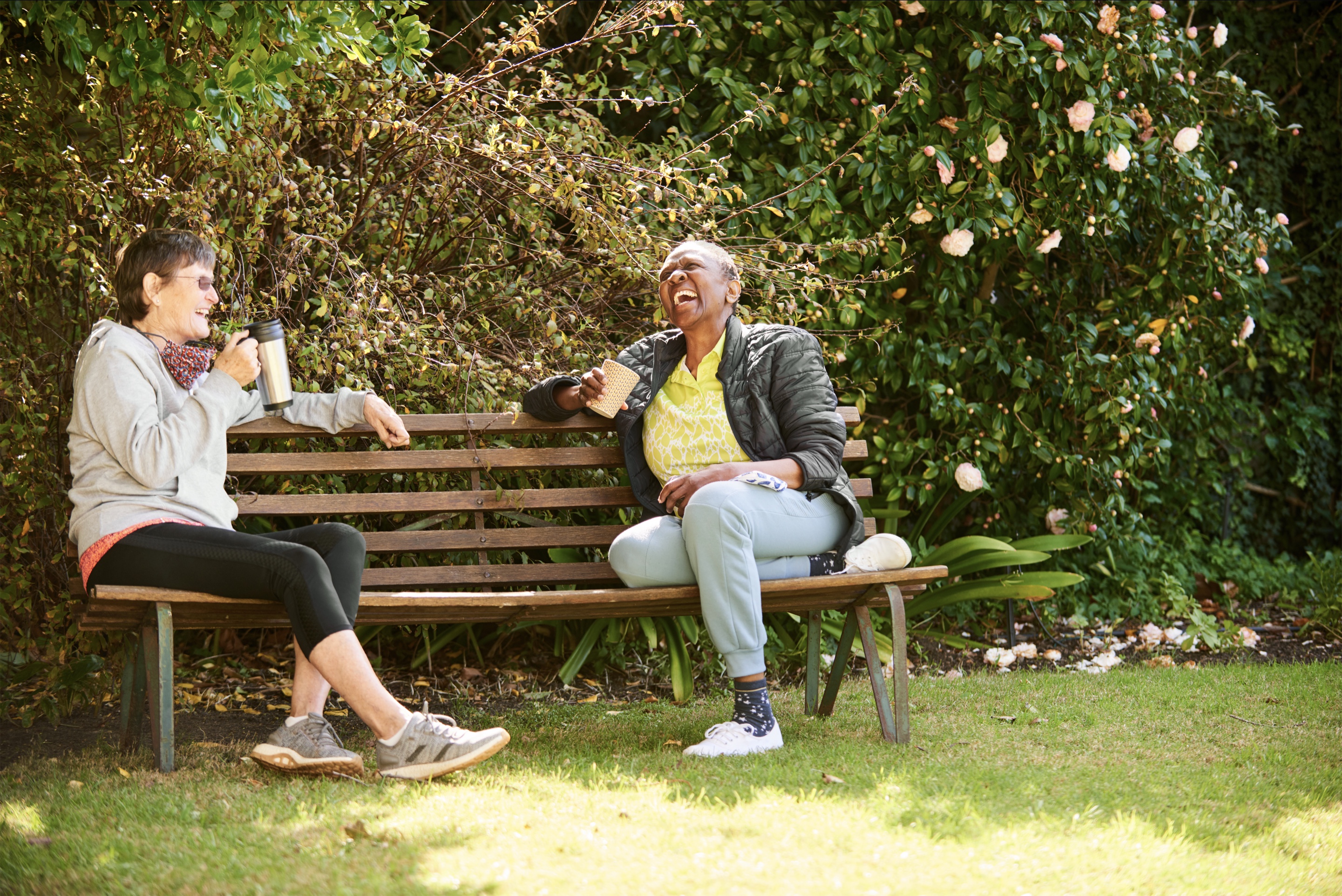 Two friends enjoying a coffee together

The impact of this sudden and ongoing change to people’s lives and the uncertainty of when life may return to normal has taken a considerable toll on many people’s mental wellbeing; with impacts ranging from low mood, to feelings of sadness, depression and anxiety1-3.

Alongside this impact, many people have sought simple routines and adjustments to their daily lives to help lift their mood during this uncertain period.

To better understand both the impact, and how people have sought to improve their mood during Lockdown, the Institute of Scientific Information on Coffee (ISIC) supported an analysis of existing research on Lockdown’s impact, as well as a consumer survey to gain the perspectives of 5,170 adults in the UK, Finland, Italy, Poland and Germany4.

Impact of COVID-19 on mental wellbeing

There is a great deal of research focused on the mental health impact of the pandemic, with findings indicating a variety of effects for a number of people. Generally speaking, the destructive and uncertain nature of a pandemic can contribute to people experiencing symptoms of psychosis, anxiety, trauma, suicidal thoughts, and panic attacks1.

A study looking at anxiety in the general population during the pandemic, revealed this had increased three-fold globally, to an overall prevalence of 25%. The researchers based their findings on a review of cross-sectional community-based studies published between December 1, 2019 and August 23, 2020; including a total of 43 studies2.

Research on the overall prevalence of depression suggests this affects 25% of the population, which is seven times higher than before the pandemic began. The findings were based on 12 large cross-sectional, community-based studies from January 1, 2020 to May 8, 2020, conducted in China, Vietnam, India, Italy, Denmark and the United Kingdom. Reflecting on the findings, the researchers called for mental health during and after the pandemic to be placed on the international and national public health agenda to improve peoples’ wellbeing3.

To better understand people’s perspectives on the impact of the pandemic, and ways that they have adapted, a survey was conducted among 5,170 people aged 18 and over from the UK, Italy, Finland, Germany and Poland4.

The findings mirrored a number of the impacts indicated in the analysis of existing research, with the majority of people reporting that Lockdown had a negative impact on their mood (61%), 34% also reported that they felt more anxious/worried, and 28% said they felt more depressed. Other effects included increased levels of sadness (26%), and increased levels of anger (18%)4.

These impacts on mood were most prominent among females, in younger age groups, and in parents of dependent children; which may be a result of women bearing the brunt of the home/childcare burden. In addition, the countries reporting greater impacts on mood were Italy and Poland4.

To help counteract some of the negative impacts of Lockdown, 30% of people said eating and drinking more healthily helped to improve their mood, as did getting more sleep for 31%. Leading ‘healthy’ ways that people sought to improve their mood included enjoying a cup of coffee (27%), making a home cooked meal (41%) and increasing the amount of fruit and vegetables in their diets (36% and 32%, respectively)4.

Coffee played important role in daily routines for many

The findings also revealed that nearly half of coffee drinkers (42%) increased their coffee consumption by one cup or more during lockdown, which was highest in Italy (52%), among those aged under 44, and among those with dependent children (53%). This comes as 42% said they relied on coffee as a pick-me-up to start the day and over a quarter (27%) of coffee drinkers surveyed said that coffee helps them through moments of low energy in the afternoon and when it gets darker in the day. This is particularly pertinent as 30% reported having less energy in lockdown, 28% lacked personal motivation and 18% felt less able to focus4.

The results highlighting coffee’s beneficial effect on people’s mood reflect previous research, which has demonstrated that coffee helps to improve mood when consumed throughout the day7, as well as helping to enhance alertness and attention (concentration)8.

The main compound in coffee that is associated with this effect is caffeine. The European Food Safety Authority (EFSA) has concluded that a cause and effect relationship can be established between a 75mg serving of caffeine (a typical cup of coffee contains around 75–100mg caffeine) and both increased attention and alertness8.

Coffee consumption can lead to heightened alertness, arousal, improved executive speed, vigilance, and memory, all of which are associated with attention, mood, and cognitive function.  Research suggests that coffee can improve performance in relation to response time and accuracy rate9.

These effects are mediated by the interaction of caffeine with a compound in the body called adenosine, a central nervous depressant that promotes sleep and suppresses arousal7,8. Caffeine acts as an antagonist against adenosine receptors, blocking the effect of adenosine, reducing tiredness and increasing feelings of alertness and attention. In addition, chlorogenic acids (CGA), which are phenolic compounds found in coffee, are thought be involved in supporting improved attention, alertness and mood7.

Research suggests that coffee drinking may lead to an improvement in most cognitive measures and moods at 30-min post-consumption with these improvements tapering off at 69 and 108min10. A repeated intake of 75mg of caffeine (the equivalent of one cup of coffee) every four hours can result in a pattern of sustained improvement of mood over the day. However, high intakes may be associated with an increase in anxiety, nervousness and jitteriness in some. In the context of the Lockdown research, highly-fatigued subjects may be more likely to experience larger subjective mood changes than non- or moderately-fatigued subjects11.

The effects of caffeine consumption may also be moderated by habitual intake. At baseline (typically the start of the day before consumption of any caffeinated beverages) coffee drinkers have a lower state of arousal, possibly linked to a small degree of withdrawal following overnight abstinence from caffeine7. Consumption of 75–100mg caffeine increases alertness in both habitual and non-habitual consumers but the effect on mood is enhanced in those who habitually consume caffeine7.

Finally, an interesting study considered the inhalation of coffee aroma, an important element associated with enjoyment of coffee beverages. Research has suggested that aroma could also enhance cognitive performance and increased mood scores12.

Both existing literature and the consumer research highlight that the pandemic has had a considerable impact on many people’s moods, leading to increases in prevalence of anxiety, depression, stress levels, as well as impacting the majority of people’s moods. For this reason, this impact is likely to become a considerable health issue for some time to come.

Consumer perspectives on ways they found to improve their mood are helpful learnings, especially for those who may be in situations likely to impact their mood; such as those facing any future uncertainty about the pandemic, or even as the seasons change and the darker months start to set in.

Based on these findings, people who want to support good mental wellbeing may wish to factor in healthy eating, and more time for sleep and exercise into their daily lives. In addition, simply taking time to enjoy coffee breaks, and experience the mood lifting effects of coffee may be beneficial to some people.

The Institute for Scientific Information on Coffee (ISIC) is sharing findings from a pan-European consumer survey which reveal that drinking coffee can help improve mood as the clocks go back for winter and the days get shorter and darker. Watch our video to learn more about coffee's impact on mood and Seasonal Affective Disorder (SAD).

The impact of the pandemic on mental wellbeing has been significant for many people across the globe. Recent literature, research and an ISIC sponsored consumer survey of 5,170 people, have highlighted the negative impacts on mood brought on by lockdowns and associated restrictions, including an increase in overall prevalence of depression and anxiety.

New survey of over 5,000 adults aged over 18, across the UK, Italy, Finland, Germany and Poland, funded by the Institute for Scientific Information on Coffee, explores the impact of COVID-19 Lockdowns and associated restrictions on mental health wellbeing.